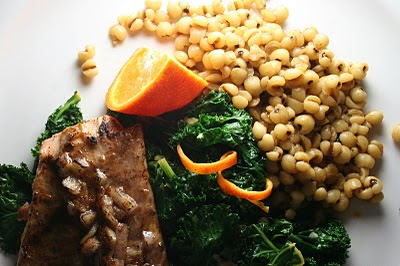 One of the oldest and, subsequently, non-hybrid of the domesticated grains is Job's Tears.  References to it's consumption date back to biblical times though today most of it is consumed in Japan.  Eaten and appreciated for it's nutritional density, the Japanese typically prepare this grain by cooking it with brown rice in a 4:1 part ratio of rice to hato mugi.

It has a toasty popcorn sort of a flavor and it's well liked by the inhabitants of the Tart household.  While I have several methods of preparing, some of which I will report on in greater detail at another time, my husband likes it best with almost nothing done to it at all to "not overwhelm its naturally toasty flavor."   So, this really isn't a recipe; tonight I just cooked the stuff in some venison stock I had lying around.  Since you are not likely to have that in your pantry, some low sodium chicken or veggie stock would also be complimentary to the flavor of this ancient grain.

Bring cooking liquid to a boil.  Reduce heat to medium and continue to simmer until grain is tender or for approximately one hour.  Add more liquid as necessary.  If ,mixing with other grains or rice, you should begin cooking Job's tears well before most other grains are added and account for difference in cooking time. 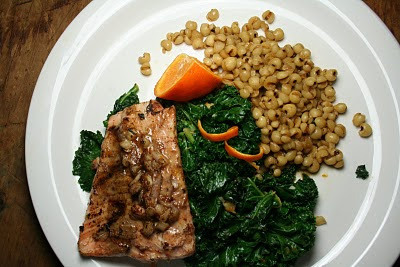 Posted by The Country Tart at 7:44 PM