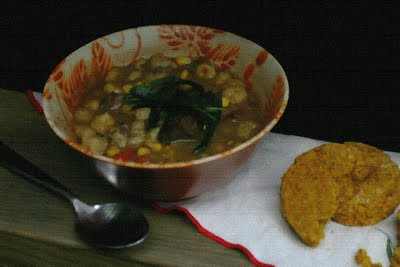 1 - Husk corn and cook over grill on high heat, rotating several times, until the corn has slightly charred. If you do not have access to a grill, a similar effect can be obtained by placing corn under broiler. Allow to cool, remove corn from cob with a knife, set aside.

2 - Heat 1/2 T. olive oil in large stock pot until just before smoking. Add three to five meat cubes to the pot. Allow meet to sear and begin to brown before adding the next several pieces to the pot. Continue adding pieces and stirring occasionally doing this until all pieces have begun to form a nice crust but are not cooked through. Remove stew cubes and set aside.

4 - Pour wine into pot and allow to bubble, using wooden spoon to scrape up any carmelized bits that have formed on bottom of pot. Continue stirring until wine has almost cooked away.

5 - Add butter to pot, melt and then add flour. Stir nonstop for about one minute, allowing flour to cook without burning.

7 - Add cooked corn and sage leave to pot. Bring back to a boil and then turn heat down to a simmer. Allow stew to simmer for about an hour.

8 - When stew has reduced by about 1/3, add hominy. Allow to hominy to heat through. Salt and pepper to taste; serve. 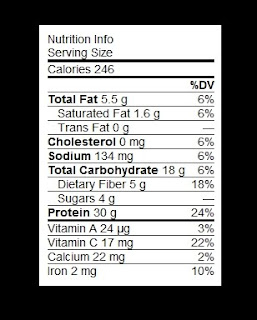 Posted by The Country Tart at 7:54 PM