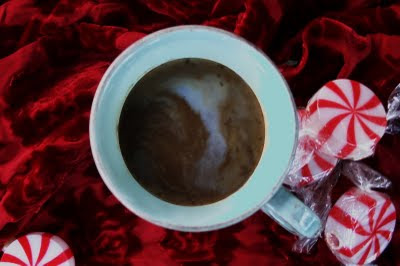 This is both nutritious and decadent. The undetectable addition of the molasses adds a layer of richness and boosts the calcium and iron content. The cinnamon, cayenne and vanilla round out the flavor of this good-for-you treat. The recipe calls for 2% milk for increased thickness and richness but 1% or even nonfat milk could be used to lower caloric and fat content.

In saucepan on stove top, combine milk, cocoa powder, molasses, honey, cinnamon and cayenne pepper. Wisk together and heat until hot but do not boil. Remove from heat and add vanilla extract. Pour into two mugs and serve while hot.

Posted by The Country Tart at 2:28 PM